k-Nearest Neighbors (k-NN) is one of the simplest machine learning algorithms. k-NN is commonly used for regression and classification problems, which are both types of supervised learning. In regression, the output is continuous (e.g. numerical values, such as house price), while in classification the output is discrete (e.g. classifying cats vs. dogs).

To illustrate how the k-NN algorithm works, let’s consider a simple example of classifying whether a student will pass or fail a test given how many hours they slept and how many hours they studied. As shown in the figure below, hours slept is on the x-axis and hours studied is on the y-axis; our dataset has 3 examples where a student passed (blue points) and 3 examples where a student failed (red points). Our task is to classify the green student (4 hours slept, 5 hours studied). 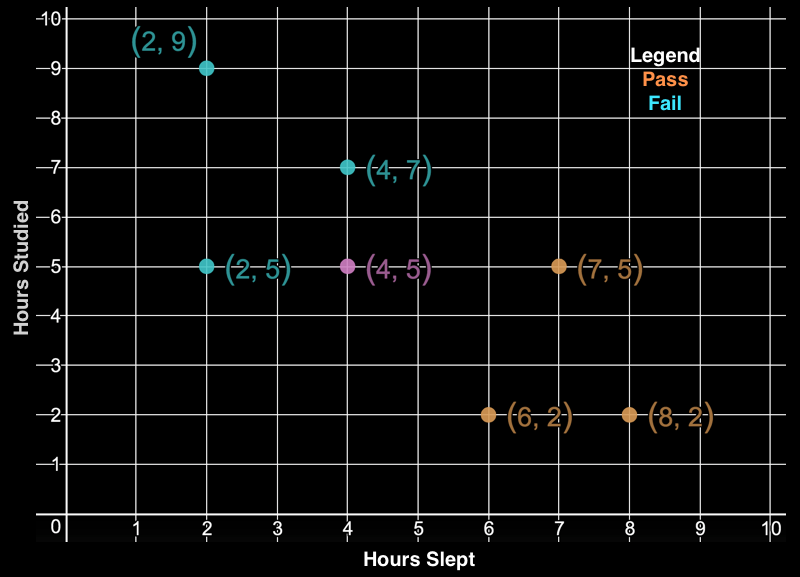 In k-NN, \(k\) is a hyperparameter: a parameter of the model that is chosen ahead of time and that can be tweaked during successive trials to improve performance. The crux of the k-NN algorithm is to examine the \(k\) closest training examples to our test element. We measure closeness using feature similarity: how similar two elements are on the basis of their features.

Therefore, we can use Euclidean distance to find the \(k\) closest example students to the green student. We will use \(k=3\) in this example. 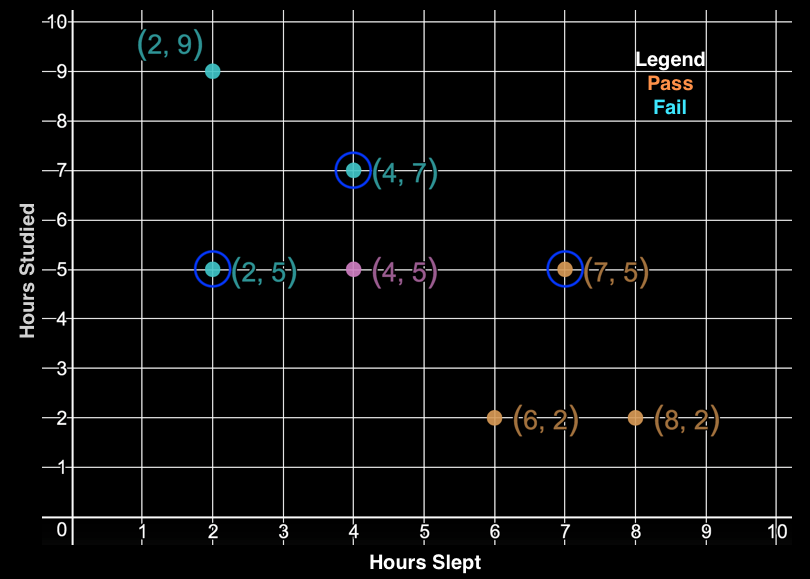 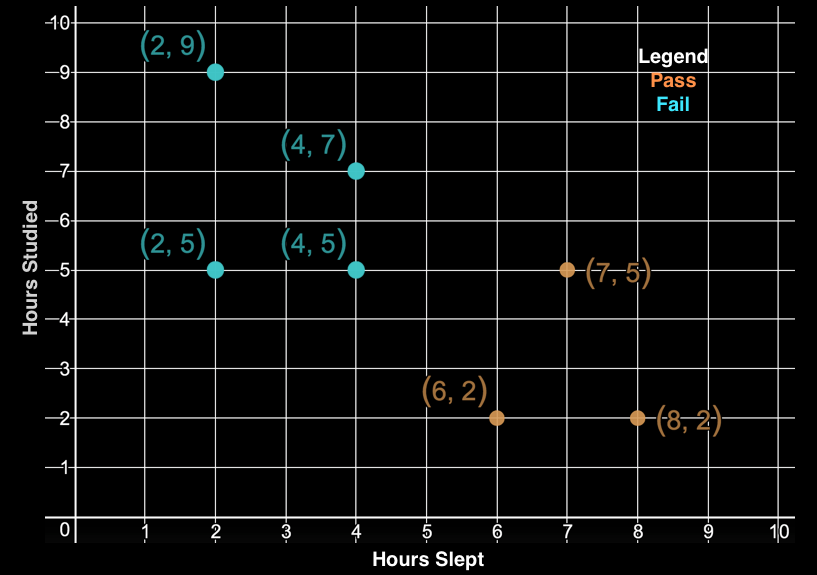 Choosing an appropriate value for \(k\) is critical for the algorithm’s performance and often depends on the number of training examples. A small value of k may cause the algorithm to be sensitive to noise in the dataset, while a large value may be computationally expensive.

To improve performance in cases where there is a skewed proportion of training examples per class, the distance of each neighbor is often weighted into the decision process. In addition, if features are not continuous variables, an overlap metric such as the Hamming distance can be used. Despite its simplicity, k-NN often works surprisingly well for many real-life examples.